Home » Feature » Virtual Worlds: The communities among us

Virtual Worlds: The communities among us 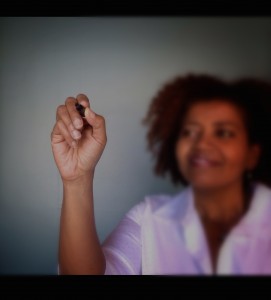 When many of us think of virtual worlds they think of working in or doing things in them, or perhaps in some instances creating things in them. In 2009, there were over 579 million subscribers to virtual worlds (Keegan, 2009) doing things, building things, experiencing things, and playing games. Virtual worlds are computer constructs that simulate the real world in many ways. Different worlds specialize, or feature different environments and specialize in different things. Some specialize in gaming, some in simulations, others in exploration, and some present blank slates, where the occupants can decide what to build there. For example, in Second Life, one of the largest VWs,  people create and construct virtual classrooms, host events and classes, build campuses, museums, neighborhoods, and buy and sell goods on the open market. As a result, a virtual world (VW) is chock full of limitless possibilities.

The possibilities, inherent to VWs, provide intense interest to researchers, in an effort to better understand not only what we do, but what we can do in them. Researchers interested in VWs often  examine human behavior towards virtual worlds, their environments, and artifacts that populate them. These researchers examine how we perceive these worlds, as well as whether concepts such as credibility, comeliness, trust, and anthropomorphized avatars, have an effect on our perception. Whether it is interest is in human perception or utility, VWs act  as a “shortcut to” for “stand in” for real items, services, products or artifacts.

Lastly, as humans go about populating and using VWs an additional dimension of research as evolved.  VWs in use include a humanistic dimension. That is to say that as we play, use, visit, and work in these environments we create societies. Virtual societies, just like real ones, mirror our mores, values, desires, and ourselves. If societies exist in VWs, then can a VW serve as a supercollider for human activity as well as serve an observation deck? Can a VW be in itself a laboratory?

Perhaps on the face of it, this idea may seem somewhat absurd, but first let us examine a couple of definitions and match them with specific requirements for VWs.

Virtual worlds are defined as “synchronous, persistent network of people, represented as avatars, facilitated by 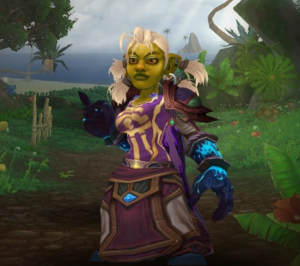 networked computers” as defined by Bell (2008, p. 2). Virtual worlds are synchronous in that the participants in the virtual world are all engaged in the experience simultaneously. That is not to say that everyone must be on at the same time but that when you are in a VW, those you see in it are also on at the same time as you and it is not a pre-recording or previously left image. Persistence means that VWs do not cease to exist once you leave it or log off. These environments are always up and running; people may come and go (log on and log off) but the virtual world keeps on going. Additionally, VWs require that we represent ourselves as we interact with the environment. An avatar, or virtual representation of ourselves, is a user-created digital representation that “symbolizes the user’s presence” (Davis, Murphy, Owens, Khazanchi, & Zigurs, 2009, p. 93). Lastly, these worlds are facilitated by a network of interconnected computers, most of which today boast an intensive graphical experience. As such, technology facilitates the realism, social interaction, and play, all of which serve to make these environments engaging.

In order to properly conceptualize a virtual environment, we must inherently compare it to a real environment, since after all a virtual environment is a simulation of the real world (Bell, 2008). Therefore, there are corollaries that must hold true in order for the virtual world to be “believable.” In the simulated world, a “key theme” that runs through these different conceptualizations is the idea of realistic interactions with responsive representations in contextually accurate settings” (Davis et al., 2009, p. 94). The more real the world ‘feels’, whether it be through the realistic reproduction of sounds or the high resolution of images, social interaction with others and the environments, the more participants interpret the world as real. Immersion is a part of VWs and helps to facilitate this feeling of immersion (Guadagno, Blascovich, Bailenson, & Mccall, 2007). The more the VW works as a corollary to the real. But for research, what is the threshold? Clearly, given the 1 billion people who populate and inhabit VWs (Readwrite, 2010) these simulations are real “enuf.”

One question to consider is the import of simulations to this type of research. What might a VW bring to research that the real world, or laboratory setups can not accommodate? Essentially, simulations are important to research when realistic or real-world experiments are unavailable, impractical, or dangerous (Bordens & Abbott, 2002). For example, the study of macroeconomics and the manipulation of market variables at the appropriate scale of a city or a nation is not only impractical, but also harmful. As such, experiments with the manipulation of monetary systems are done through simulation (Castronova, 2002).  Therefore, if VWs could be used to serve in these capacities, a benefit would clearly be gained.

In order for a simulation to be a viable alternative to real-world experimentation or exploration, a series of criteria must be met. According to Hmeljak (2010) these criteria include 1) controls for the researcher to set the specific conditions 2) flexible experimental environment 3) capable of data collection and storage, 4) an adequately sized audience.

There are many types of VWs out there. Some fit these criteria better than others. Depending on the VW, one of the most difficult requirement to meet is the is the researcher control. As a communication scholar, I used World of Warcraft (an MMORPG with 9 million players) to conduct communication research. WoW met all the requirements, for my 5-week communication in leadership study. Additionally, VWs have  been used for observing social interactions (Castronova et al., 2008), macroeconomies (Castronova, Cummings, et al., 2009a; Castronova, Williams, et al., 2009b), identity and deception (Donath, 1999), trust (Ratan, Chung, Cuihua Shen, Williams, & Poole, 2010), innovations and new development process (Kohler, Matzler, & Fuller, 2009), technical communications, teaching and learning (Schultze, Hiltz, Nardi, Rennecker, & Stucky, 2008), natural sciences in education (Bilek, 2010), behavioral (Chesney, Chuah, & Hoffmann, 2009), and scientific research (Bainbridge, 2007).

Just like the beginnings of the world wide web back in 1993, when its horizon consisted of a bunch of hypertext, file transfer protocols, bad backgrounds, and a bountiful future. We are in the early years for VWs. As VWs grow, we generate boundless potential; we create instances and populate them; we institute policies and follow them; we make places and visit them. We grow virtual worlds like we grow saplings, by nurturing them and providing nutrients so that the can grow. And some day in the not too distant future, as our pocket societies grow and flourish, we will be able to reap the bounty of safe, responsible, and virtual humanistic research.

Donath, J. (1999). Identity and Deception in the Virtual Community. Communities in Cyberspace, 29–59.