Anatomy of the Bubble Girl

The moment Diane Jakacki showed me a picture of the Bubble Girl being chased by a bent but strangely menacing Prince Charles, I knew I had to write something about memes.

That’s probably an exaggeration. I did laugh a lot. And I did do some investigating. Turns out Chubby Bubble Girl is part of an entire genre of people-running-away-from-things memes. See Mo Farah. See Oprah. See Batman and Robin. Click through any of these examples and you’ll soon come across a sub-genre of people-NOT-running-away-from-things-when-they-probably-should-be memes. There’s Strutting Leo. There’s Prancing Michael Cera. My favorite thing to appear on the internet ever, Casually Pepper Spraying Everything Cop, might fit into this category, as could Disaster Girl, the ridiculous Nana Gouvea, and the extraordinary McKayla Maroney, who is not impressed.

It’s easy to see what’s funny about these images; the joke is in the absurd contrast that is created when Maroney stands scowling in the situation room or Leo struts through the Red Sea. And the joke is in the excess. For how many catastrophies can Disaster Girl suggest responsibility? How many different celebrities can be photoshopped into the same still frame from Jurassic Park?

I do think it’s interesting that images of disaster, violence and mayhem are so common in the memeverse, and I think that when we read them not as singularities but as parts of a genre, memes might be instructive in addition to being funny and fun. This reading is easy enough to do: Google a meme and you’ll find 2 or 3 tumblr pages dedicated to it. Scrolling through an entire page of Chubby Bubble Girl, we can see her running from bears, zombies, Hitler, Davy Jones, and much, much more. Static and unfailingly consistent as she is, Bubble Girl is nevertheless impossibly flexible, a portable emblem to embellish any crowd shot or film still, always ready to be dropped into or plucked out of a scene. No one and nothing, no matter how sinister, ever catches up to Bubble Girl. If she’s doomed to anything, it’s not to death by zombie or grope by John McCain, but to a narrative that denies temporal progress—that can only echo itself. Each threat that Bubble Girl faces is equally threatening; she’s caught in a loop, forgetting old threats as new ones cycle in. Look! Dinosaurs! Ack! Wildebeests! Yikes! Spartans!

Queer theorist and current-scholar-I’m-completely-obsessed-with J. Halberstam dedicates a chapter of The Queer Art of Failure to the kind of Forgetting, Losing, Looping that Bubble Girl might be said to demonstrate. Dory of Finding Nemo figures prominently in this chapter (as do Chester and Jesse, the two “heroes” of the-movie-that-isn’t-Dumb-&-Dumber-so-what’s-the-point-of-watching-it Dude, Where’s My Car? Incidently, Halberstam makes a pretty good case for watching it). Looping, loopy characters like Dory interrupt and permanently delay conventional narratives of progress, “jamming the smooth operations of the normal and the ordinary” (70). This is important because the normal and the ordinary can be so often so restrictive and oppressive. It’s a relief to see characters who, through their supposed defects (in Dory’s case, memory loss), find ways to escape or even rupture delimiting grand narratives. As Halberstam explains, Dory “forgets family and tradition and lineage and biological relation and lives to create relationality anew in each moment and for each context and without a teleology and on behalf of the chaotic potentiality of the random action” (80). To put that stupidly: it’s a female character in a Disney movie and she doesn’t have a love interest and she doesn’t get married at the end and it’s awesome!

Like Dory, Bubble Girl is “on a journey without a telos” (Halberstam 81). Clearly she isn’t as developed a character as Dory (I realize it’s a stretch to suggest she is a “character” at all), but she suffers from a similar malady that is, perhaps, also a means to disrupt narratives that reinforce normative relations. As familiar as the woman in peril trope is throughout the history of storytelling, Bubble Girl is never caught by the things that chase her; nor, just as importantly, is she saved. She is the one constant thing in a glut of chaotic and disconnected hazards. As we make our way down the page, we might see that, though she doesn’t appear to be getting anywhere, she is nevertheless making her own way.

Because no TECHStyle article of mine is complete without me leaping nose-first into absurd connections to 17th century literature, let me try to clarify my reading of Bubble Girl by taking a look at John Donne’s “Anatomy of the World” (1611). It’s a long poem written to commemorate the death of a young girl, Elizabeth Drury, the daughter of one of Donne’s patrons. It’s also a poem about the end of the world. Donne’s conceit, essentially, is that the world has responded to the death of this girl by sickening and dying, leaving behind a (possibly not quite dead) corpse. “Sick world,” the speaker says,

yea, dead, yea putrefied, since she,
Thy intrinsic balm and thy preservative,
Can never be renewed, thou never live,
I (since no man can make thee live) will try
What we may gain by thy anatomy. (56-60)

The speaker credits the “she” of the poem with making the world and, in dying, killing the world, but the world hasn’t quite realized it’s dead: “thou wast / Nothing but she, and her thou hast o’erpast” (31-32). As Marshall Grossman puts it, “Donne’s anatomy hovers between postmortem and vivisection” (176).  “For there’s a kind of world remaining still” (67), the speaker tells us, a world reanimated by the “glimmering light” that reflects from the ghost of the dead girl (70). This new world, though, is nothing compared to the old one. Donne is quite adamant about this: “If man were anything, he’s nothing now” (171); “as mankind, so is the world’s whole frame / Quite out of joint” (191-92); “’Tis all in pieces, all coherence gone” (213); the world is a disease-ridden body (240-45), an ugly monster (326), a wan ghost (370), a dried-out carcass (428). Scenes of disaster keep tumbling, tumbling by. What’s really being mourned, Grossman argues, is the idea of a world structured by resemblances and correspondences (the Renaissance episteme Foucault describes in The Order of Things, and which I mentioned in a previous post). Donne’s poem

record[s] not the death of Elizabeth Drury but the death of the Idea: the intellect’s increasingly frequent failure to render intelligible the sensuous images of contemporary life. An Anatomy of the World dissects the corpse of meaning, identifying and marking the pathological insistence of a world that has begun to present sensuous images full of resistant details. In this world species is estranged from genus, and with this estrangement, the link between the macrocosm and the microcosm becomes instead the site of an impasse where “quick succession” fails to “make it still one thing.” (Grossman 182-83) 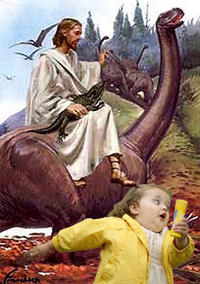 ‘Tis all in pieces; all coherence gone. The “she” of the poem’s refrain is (like the Bubble Girl) the one constant thing in a glut of chaotic and disconnected hazards. But because she is the only thing of permanence left, she only draws attention to the world’s lack of permanence, its passing from a “world of divine design … into a messier world of ad hoc discovery and the chaos of newly discovered things” (Grossman 193). She is there to break with the “self-generating present” and a “self-authorizing past” (Halberstam 70), and she promises nothing like a (re)productive future. The “kind of world remaining still” is not one that operates according to normative models of temporality, growth, judgment, living, dying, doing or knowing. Forget all that, the poem says.

And what if we really did? Forgetting has its advantages, as Halberstam explains. Forgetting is a kind of unfettering: “we start seeing alternatives to the inevitable and seemingly organic models we use for marking progress and achievement”: Marriage, Family, Inheritance, Longevity (70). Forgetting favors the random and the temporary (she’s a girl; she’s the world; now she’s a soul; now a ghost; she’s dead; she’s alive; she’s only mostly dead!); it makes room for the accidental and the ephemeral (dinosaurs! wildebeests! Spartans!). And forgetting “asks us to notice how and whether change has happened: How do we see change? How do we recognize it? Can we be aware of change without saying that change has ended everything … or that change has meant nothing …?” (Halberstam 70-71).

Donne’s speaker certainly seems aware that the change wrought by the dead girl has not, in fact, ended everything, but he is pretty insistent that it means nothing, as we saw above. This nothing, however, manages to inspire a 475 line poem, so …

Surely, the tumblr pages created for Bubble Girl and other disaster memes are neither as artful nor as earnest as Donne’s verse, but they still suggest that we have found a use for these characters that is perhaps similar to the use Donne finds for Elizabeth Drury. These memes, even in their derivative-ness, suggest the disorder of discovery more than the certainty of design. In doing so, they might help us to perform the kind of forgetting that can lead us away from “prescriptive future[s]” and toward what Halberstam calls “the weird but hopeful temporal space of the lost, the ephemeral, and the forgetful” (82).

All that said, there are issues with gender that concern me and that I don’t have time or space to get into here. I’ll just say that it’s perhaps worth noting that Leo is seen strutting through danger. Cera prances. Casually Pepper Spraying Everything Cop casually swaggers as he sprays. Meanwhile, people of color (Mo Farah, Oprah), people with queer relationships or identities (Batman and Robin, Jack Sparrow), and the Bubble Girl flee in fear. 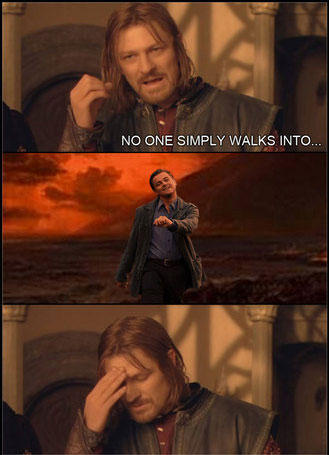 If there’s something radical about the structure of these memes, there’s still something prescriptive about their gendering. Probably I just need to look around a bit more, but if anybody knows an example of a white male (not Captain Jack Sparrow) who actually runs from the background scene rather than marching merrily or unconcernedly through it, let me know.** It’s true that McKayla, Disaster Girl and Nana Gouvea appear unmoving, unafraid, even indifferent to the scenes in which they are placed, but the agency these female characters are made to demonstrate is nevertheless problematic (there may even be another link here to Renaissance poetry. McKayla Maroney is Not Impressed could be the title of an updated Petrarchan sonnet sequence. But that’s another post for another day …).

Grossman, Marshall. The Story of All Things: Writing the Self in English Renaissance Narrative Poetry. Durham, NC: Duke UP, 1998.

All Bubble Girl images taken from Know Your Meme.

Christine Hoffmann (PhD University of Arkansas, MFA Art Institute of Chicago) studies the shifting standards for credibility and utility that develop inside post-Gutenberg and post-digital rhetorical environments. Her scholarly work has been published in College Literature, the CEA Critic, PLL, the CEA Forum and, somewhat randomly, Slayage: the Online Journal of Buffy Studies. A few short stories can be found in Make magazine, Eclectica and Loose Change. She also blogs regularly on TECHStyle, the forum for digital pedagogy and research by the Georgia Tech Brittain Fellows. Christine looks forward to connecting the teaching of multimodal composition to her research into rhetorics of struggle, cultures of collecting, and the advantages of copious expression.
View all posts by Christine Hoffmann →
Tagged  chubby bubble girl, disaster memes, Donne, forgetting, Halberstam, looping, queer temporality.
Bookmark the permalink.