Behind Brittain Fellow Podcasts at Tech

In the past year, Brittain Fellow Lauren Neefe (2014-present), librarian Alison Valk, and a cohort of Georgia Tech undergraduates have been working on a podcast called 4:33@Tech. Inspired at once by WNYC’s Radiolab, Lauren Neefe’s multimodal composition class on sound, and the Georgia Tech community, the podcast focuses on the soundscape of Georgia Tech. The 4:33 in the title references John Cage’s famous silent musical piece, in which a pianist sits at a piano and does not play music for 4 minutes and 33 seconds. In the absence of intentional musical sound, ambient sounds the audience otherwise wouldn’t notice take center stage.

Each episode features an onomatopoetic title; the first episode, “Drone,” which explores a Tech student’s drone and a Tech professor’s bees, will soon be followed by “Crunch,” which will combine the sounds of garbage and recycling with the sounds of football culture on game day. Another yet-to-be-named episode will feature an interview with renowned podcaster Jad Abumrad, founder and co-host of Radiolab, who recently visited Tech’s campus.

During her tenure as a Brittain Fellow, Rebecca Weaver (2012-2015) began a series of podcast interviews hosted on TECHStyle. Starting this year, TECHStyle hosts Flash Readings, and 4:33 can be found at this site. TECHStyle will feature added content related to the production of 4:33 and document the ways undergraduates, postdoctoral fellows, and librarians are working together to produce this engaging podcast.

4:33@Tech officially launched earlier this fall at an event on the roof garden of the Clough Undergraduate Learning Commons, the site at which Valk and Neefe first began recording sounds for the first episode. 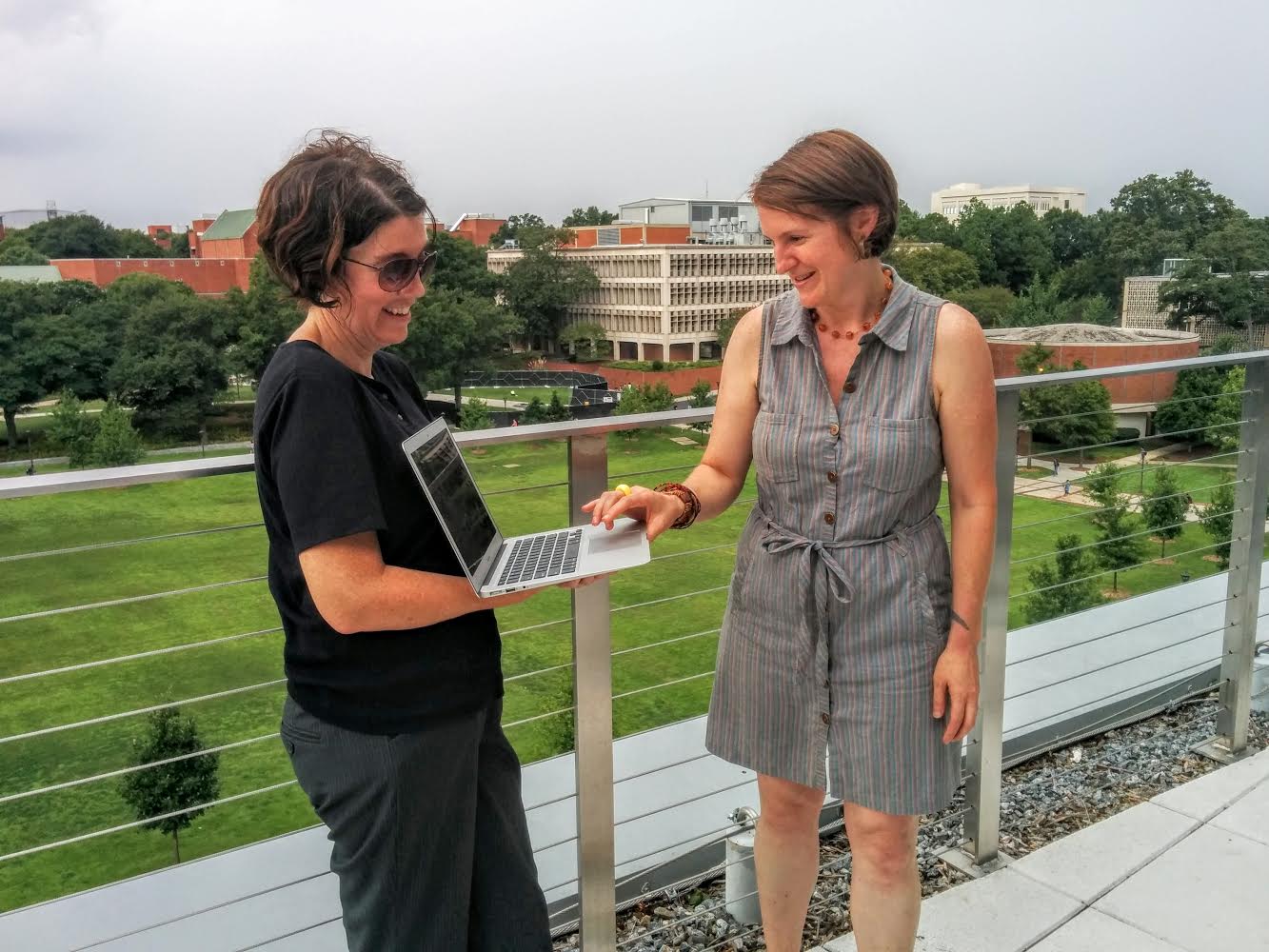 I work on twentieth and twenty-first century poetry and poetics, with a special emphasis on modernism and contemporary conceptualism. My work sees a tension between seriousness and unseriousness as a defining quality of experimental literature. I am also a committed digital humanist: I've worked on large archive projects and digital pedagogy projects, and my current digital work focuses on how computers can help us sift through large archives of recorded poetry. I completed my Ph.D. at the University of Virginia in 2012, and as a Brittain Fellow, I've designed courses centered on themes of "Data, Information, and Culture," "Contemporary Experimental Writing," "Digital Culture," and "Cultures of Appropriation."
View all posts by Eric Rettberg →
Bookmark the permalink.