Home » Miscellaneous Posts » On Soundbites and other Forbidden Fruits

On Soundbites and other Forbidden Fruits

I hope this will be the first of a series of posts on a running theme: the unintentional eloquence of soundbite culture. For several years now I’ve been interested in the communicative potential of inarticulate speech and writing. It’s part guilty pleasure (I look for Sarah Palin in the news for nearly the same reasons I watch America’s Next Top Model); but a hopefully bigger part of my interest derives from a genuine fascination with the ways in which gaffes can be translated into eloquence, gibberish into poetry, nonsense into social commentary.

Such translations are already easy to find in the form of parody: here are William Shatner reading a Palin speech as beat poetry, John Lithgow performing a Newt Gingrich press release, Obama supporters combining hyperbole and understatement via a Joe Biden gaffe, and my personal favorite Twitter meme, ShakesPalin. 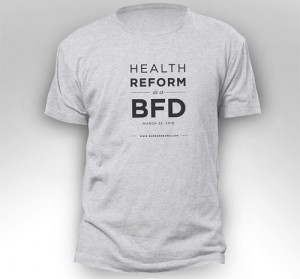 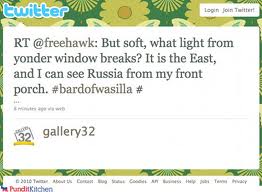 Certainly politicians are best at demonstrating how a person can fall into one rhetorical trap while trying to set another for someone else (see Herman Cain’s unfortunate apples and oranges metaphor). Take another recent example: Rick Perry’s lumbering and much ridiculed attempt to stick it to Mitt Romney during a recent Republican debate.

Yikes. No doubt Perry did not intend his accusation of waffling to appear so … waffling. But intentional or not, the synchronicity is interesting, and might even prove Perry’s point, albeit in a roundabout way. I can imagine him following up this prattle with a real zinger: trust me, folks, waffling on policy is as irritating and problematic as that terrible sentence you just heard me try to say.

The point is it’s hardly impossible to recover from clumsy dialogue like Perry’s the opportunity to demonstrate self-consciousness about rhetorical standards—and without reinforcing a reverence for them. I can’t say I dream of a day when media figures universally aspire to professional, logical, careful rhetoric, and not just because it would make The Daily Show less entertaining.  Nor do I believe that soundbite culture leads to a death of discourse, like some. In fact, I’m close to believing the opposite, that the activity of extrapolating meaning from soundbites—whether coldly calculated or ad hoc, whether coherent or flubbed—is hard and instructive work worth doing.

Remember when John Kerry tried to justify his voting record by saying he voted for it “before I voted against it,” or when Donald Rumsfeld explained the Iraq war by telling us about “known knowns” and “known unknowns,” or when Bill Clinton claimed that the historical narrative of his extramarital affair “depends on what the meaning of is is?” These less than articulate moments are not meaningless; they have things to tell us, things to reveal: in Kerry’s case, about how bills are packaged in Congress; in Rumsfeld’s, about the impossible complexities of deciding to invade a country; in Clinton’s, about the privilege the powerful assume to dissociate the present from the past. Even Biden’s F-bomb might be said to reveal the aggression and vulgarity permanently entangled within the debate for real health care reform in America. And the chummy inhumanity of Romney’s “Corporations are people, my friend,” calls to mind Marx’s summary of the terrible alchemy by which capitalism’s revolutionary potential is inevitably converted to exploitation—and it does so more affectively, certainly more efficiently, I’d say, than the full text of Citizens United.

At the same time, soundbite culture is not necessarily something I want to celebrate. I simply can’t deny my fascination with it, and in my more inexplicably optimistic moods, I wonder if it may not end up being good for us, might help us—academics and non-academics alike—become more invested in how rhetorical standards develop and change.

Or it may be that I’m completely wrong, or that I’ve been hoodwinked by a trend that is wholly sinister and corruptive, or that it’s only because I’m an academic that I think this pursuit has potential at all.

I’ve been reading and re-reading Milton’s Paradise Lost for a project related to this topic, and book 9’s temptation scene comes to mind. The serpent approaches Eve full of careful flattery and unctuous compliments, to which Eve basically responds:  TALKING SNAKE!! “How cam’st thou speakable of mute?” is what she actually says. “Speakable” is an adjective here, meaning that even though Eve credits the snake with the power of speech—understands speech as an action the snake is doing—she also assumes something has been done to the snake to make it not (just) a speaking snake but a speakable one. She muddles the question of agency even as she marvels at it: is the snake speaking words or are the words speaking the snake?

Eve’s insight here is remarkable, even if it doesn’t save her. Her adjective is entirely apt—the snake does lack agency, for Satan is using it to speak; Satan makes the snake speakable.

This may be the threat of soundbite culture: that it has made us speakable not speaking, that the words might be speaking us instead of the other way around, and that that’s why someone like Perry can mangle such an easy talking point. But what I believe is that when we encounter a soundbite—mangled or not—we’re given the opportunity to look at everyone the way Eve looks at the talking snake, and then ask the question she asks: How cam’st thou speakable? Her insight can be ours, for it’s an insight that moves past the shallow content of the serpent’s flattery into the much more difficult and interesting territory of the serpent’s questionable agency, history, identity. Everything depends on how the snake answers her question, how he continues to be made speakable by an agency Milton never defines, never completely un-obscures, and which is never reducible to what we might want it to be: just the bad mojo of the poem interfering with the sinless bliss of nude gardening. Satan’s prepared soundbites prompt Eve to ask questions about language itself, as gift and as process. It’s not the consumable nature of easy flattery that initially seduces her into conversation with this freakshow; it’s the inscrutability of the snake’s precise relationship to his own rhetoric.  That’s what’s worth wondering in this moment in Milton, and seems worth wondering outside of the literature, all those times we might speculate where the latest version of a soundbite, talking point, or evasion came from; what it’s doing in this or that person’s mouth; how often, in short, people find themselves being made speakable, even if what they really want to do is speak.

Christine Hoffmann (PhD University of Arkansas, MFA Art Institute of Chicago) studies the shifting standards for credibility and utility that develop inside post-Gutenberg and post-digital rhetorical environments. Her scholarly work has been published in College Literature, the CEA Critic, PLL, the CEA Forum and, somewhat randomly, Slayage: the Online Journal of Buffy Studies. A few short stories can be found in Make magazine, Eclectica and Loose Change. She also blogs regularly on TECHStyle, the forum for digital pedagogy and research by the Georgia Tech Brittain Fellows. Christine looks forward to connecting the teaching of multimodal composition to her research into rhetorics of struggle, cultures of collecting, and the advantages of copious expression.
View all posts by Christine Hoffmann →
Tagged  soundbites.
Bookmark the permalink.