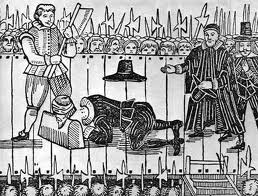 In the last unit of my course on copia, we’ve been looking at early modern pamphlets alongside 20- and 21st-century political campaign commercials. Oddly enough, students seem to enjoy the pamphlets more than the videos. The latter they’ve been quick to dismiss as simple-minded, pathos-driven exaggerations. They’re less eager to judge the pamphlets that, in their own heyday, were dismissed as “small, insignificant, ephemeral, disposable, untrustworthy, unruly, noisy, deceitful, poorly printed, addictive, a waste of time” (from Joad Raymond’s Pamphlets and Pamphleteering in Early Modern Britain, 10). It’s been more difficult for students to see how materials so loaded with elaborate, expressive and dexterous prose could be considered as insignificant and disposable as, well, this.

I definitely appreciate students’ recognition of the skillful rhetorical design of the pamphlet literature, but when it comes to the campaign ads, I’ve found myself playing devil’s advocate more often than not, trying to justify Reagan’s Communist Bear or Carly Fiorina’s Demon Sheep ads as artifacts with a similar potential for complexity— a potential that may reveal itself less in the text or script of an individual ad’s talking points (which, as students notice right away, are often ludicrous, offensive or grossly misleading), but in the ways these talking points are integrated, arranged, emphasized and finally bequeathed to viewers, as if we are being given a gift—but a gift that is basically useless except for the paper it’s wrapped in.

All of this is to say that I tried to spend more time in class talking about the theatricality of political ads as a genre and less time laughing about Barbara Boxer’s giant floating head. Alone these ads carry very little weight; considered together, as genre, they point to a cultural inclination that bears inspection. So I tried to steer students away from the simplistic conclusion a handful of them arrived at quickly and stuck to pretty obstinately: that these ads are so obviously, shamelessly deceptive that they provide nothing but obvious, shameless deception, and only stupid people could possibly find them persuasive. Georgia Tech students may very well be better critical readers than many others, but to stop here is lazy and ungenerous (again, even if it’s understandable—just watch the Santorum ad again and see how generous you feel).

Last week I made another effort to revisit the triviality of campaign ads. I assigned the first 18 pages of Patricia Fumerton’s Cultural Aesthetics: Renaissance Literature and the Practice of Social Ornament, a project that discusses triviality as a way of representing, or coming to terms with, the experience of fragmented history and selfhood. “[W]hile I embrace ‘trivial’ as a concept,” Fumerton says, “I reject its derogatory connotation” (2).

To explain her process, Fumerton introduces Charles I, his long walk to the scaffold on January 30, 1649, and the trivial items he chose, with grave ceremony, to present to various attendants on the day of his death. Our attention, Fumerton says, is drawn to each item—the orange in his pocket, his watch, his St. George medallion—drawn to each piece of Charles. That, in fact, is what it starts to seem like—like each of these items is a part of the king that he’s giving away. And each moment of giving appears so vividly before us, even reading about it so much later, as if we are watching a series of scripted scenes. Indeed, Charles understood his execution to be his final performance, and he commits to the theatricality of it—which is not to say that the whole performance should be dismissed as false. Rehearsed, yes. Strategic. In a word, RHETORICAL. This is a rhetorical performance of the self, and what becomes clear in this performance, says Fumerton, is that the self does not exist as a coherent whole but as a collection of (trivial) parts. Before Charles is literally truncated, he already exists as a truncated, fragmented self. And Fumerton’s even larger point is that so do we all.

“In sum, that part of us that hearkens back to a continuous historical universe wishes to say, ‘The King is dead; long live the King.’ But continuity … is not history as Charles lived it …. As epitomized in my story of Charles’s life and death, history can also be perceived as truncation. At every moment, history is the interregnum felt within the continuum” (12).

Why Charles I so perfectly demonstrates history as truncation is due to the “terrific irony” that surrounds his execution:

“The terrific irony of the carefully managed death by which Charles sought continuum in this world was that he could only sustain life and wholeness at the cost of terminal fragmentariness. After all, if Charles successfully created an enduring, whole self out of the artistry of masque and gift exchange, how are we to read the fact that he was rent piecemeal by a devouring mob?” (17, my emphasis). 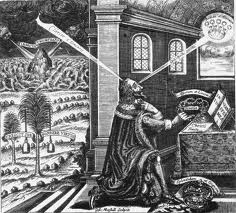 the frontispiece to Charles' Eikon Basilike

Just after the execution, she means. This is what the spectacle of Charles on the scaffold inaugurated: not the impulse to stand back and appreciate the whole man, but to push forward and get your hands on one piece of him. A literal piece—blood, hair, skin—to take home and cherish (or perhaps sell for profit). It seemed to spectators that this was the best way to grasp the whole story of Charles.

So we talked about Fumerton’s argument in class, and then I made what has to be one of the weirdest transitions of my teaching career. Keeping in mind the fragmented self, truncation as history, and the ways in which wholeness might be sustained by terminal fragmentariness, I showed students this video from Obama’s 2008 presidential campaign. I asked them to pay attention to the way the speech in the video, and by extension Obama himself, is treated as a collection of fragments that can be manipulated, accentuated, transformed into items of aesthetic exchange. “Yes We Can,” already a refrain and potential slogan, is pulled into even more prominence in the video. Moreover, and despite the first person plural pronoun, “Yes We Can” is synonymous with Obama the (one) man. This fragment becomes the site for his identity as a candidate; to borrow more of Fumerton’s vocabulary, his self is fixed in this fracture. 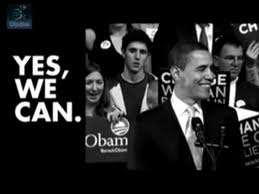 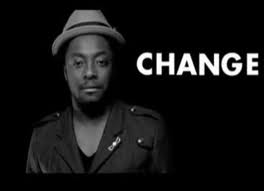 I don’t know how impressed students were with my reading of this particular video, but I do think Fumerton’s ideas helped me to remind them that when we look at these campaign ads, we’re dealing with pieces, with fragments and fractures. In both negative and positive campaign ads, one or a few things a candidate said or did is used to tell the whole story of that candidate’s ability or inability to serve. It’s risky and not at all rhetorically sound, this strategy. But perhaps what the creators of these ads are banking on is how familiar the process of making some kind of slapdash sense out of fragmentary, incoherent experience is for us. If Fumerton is right, we do it every day. We fix ourselves in our own fractures. It should come as no surprise that politicians make use of the trivial and the truncated just like the rest of us. Consider again Charles I, the way he

“successfully communicated a memorable sense of whole self through shards and fragments of himself—through, that is, discontinuities that shatter any continuum. It is in such fragments, no matter how ‘unrepresentative,’ therefore, that we must look to find Charles’ history” (17-18).

Can we also take these ads, unrepresentative as they so obviously are, and look to find the histories of our own leaders? Can we see them as artifacts that “model history as brokenness” (17)? Can we accept them as gifts that shatter continuity, even and especially the continuity the ads themselves try to confirm?

Yes, I think we can.

Christine Hoffmann (PhD University of Arkansas, MFA Art Institute of Chicago) studies the shifting standards for credibility and utility that develop inside post-Gutenberg and post-digital rhetorical environments. Her scholarly work has been published in College Literature, the CEA Critic, PLL, the CEA Forum and, somewhat randomly, Slayage: the Online Journal of Buffy Studies. A few short stories can be found in Make magazine, Eclectica and Loose Change. She also blogs regularly on TECHStyle, the forum for digital pedagogy and research by the Georgia Tech Brittain Fellows. Christine looks forward to connecting the teaching of multimodal composition to her research into rhetorics of struggle, cultures of collecting, and the advantages of copious expression.
View all posts by Christine Hoffmann →
Tagged  soundbites; campaign ads; Charles I; truncation; triviality.
Bookmark the permalink.