Home » Feature » Toward a Scaffolded Ethics in the Writing Classroom

Toward a Scaffolded Ethics in the Writing Classroom 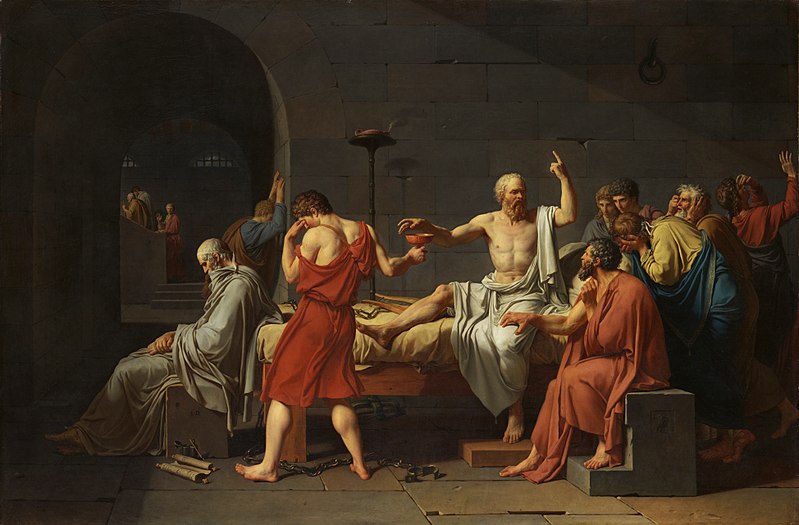 This article is a collaboration with Dr. Dori Coblentz, third-year Brittain Fellow in the Writing and Communication Program at Georgia Tech. It is the second part in a series on the development and implementation of an interactive ethics training module for Georgia Tech’s first-year composition and computer science students. See the first article, “Rethinking Instructional Scaffolding,” here.

When we, Jonathan and Dori, first considered utilizing some form of instructional scaffolding for our collaborative ethics modules, we did so because we had two distinct student populations on our hands—Jonathan’s third and fourth-year computer science majors and Dori’s first-year English 1102 students—and thought that there might be some chasm of ethical knowledge or experience to bridge. But in light of the ongoing reassessments about Lev Vygotsky, ZPD, and scaffolding, we determined we did not want to produce a module that offered a series of linear lessons that intended to enact a set of incremental improvements. In fact, ethics and ethical knowledge didn’t seem structured in a way that would be conducive to a purely sequential teaching. What we did want to do is create a scaffolding that would acknowledge the interconnected network of values that students brought to the class—the so-called “intersubjectivity” in which Vygotsky imagined learning to happen—and allow them to utilize this wealth of perceptions as they faced real-world ethical issues. For us, the successful ethics module would not lead to some pre-conceived ethical zenith but would equip students with the tools and strategies to account for a variety of ethical considerations that may very well arise in both their professional and personal lives.

Still, this left a kind of content-based hole at the center of our modules’ development: what “ethics” did we want to teach our students, or what form would that content take? Practically speaking, would we have them read ethic standbys like Aristotle, John Stuart Mill, and Immanuel Kant? Or would it be better to have them read Hannah Arendt and Simone de Beauvoir as a foundation for a 20th and 21st century ethics? Another option would be to offer them a set of case studies with which they might make their own ethical determinations. But would any of these approaches be enough to get students to address and articulate the existing values that might very well still be at the core of their ethical decision making? Or would these approaches fruitlessly try to impose a sense of ethics that might be discarded once the class had ended? Before we could fully utilize our revised understanding of scaffolding, we still had to establish a firm sense of what we were constructing scaffolding around.

Such classification is difficult in part because ethics is an expansive topic that lacks absolute boundaries. As Paul Dombrowski puts it in his summary of ethics research in technical communication, “ethics cannot be reduced to the mechanical conformance to rules.” Or if it is in the form of, say, codes of ethics and guides for professional conduct that major societies of writers, academics, and professionals often produce, such documents still “cannot capture the complex contingency of real, particular situations” [1]. In this way, “being ethical” always involves a high dose of individual, personal judgment combined with a person’s existing value system. And with multiple underlying theories and value systems informing individuals’ sense of ethics, ethics itself can feel like a wildly uncertain, perhaps even subjective, matter. 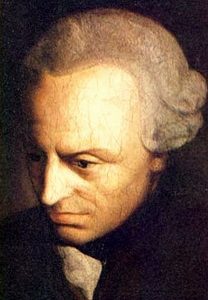 Maxims like Kant’s categorical imperative offer rigorous approaches to ethical dilemmas but may not be able to account for nuances that are inherent to rapid social change and technological advancement. Pictured: Portrait of Immanuel Kant.

Despite this potential slippage, critics have identified two basic forms of ethics teaching: principle-based “modern” approaches and less theoretical, highly pragmatic “postmodern” ones [2]. The first, sometimes considered the more “academic perspective,” privileges theory and history in order to define a set of “comparatively fixed values” that might serve as a guide for those engaged in ethical reasoning [3]. Plainly imagined, one might ask students to read canonical ethics texts—e.g. Aristotle, Mill, and Kant—or other kinds of established maxims with the intent that students will internalize these principles and apply them to future situations. However, critics also warn that a perfect “impersonalness” is also essentially impossible to achieve [4]. There will always be an element of social contingency in any kind of ethical decision making, thus any kind of ethics training should emphasize the deliberations that ethical considerations demand and seek to make students comfortable with the indeterminacy of ethical deliberations [5]. As a result, scholars such as Henri Bergson and Sam Dragga have advocated for academic approaches that seek to cultivate an “ethical person” rather than simply teach a set of ethical rules. This “ethical person” is fundamentally historical in its emphasis on the imitable actions of real, exemplary people, but the success of this kind of teaching may also be dependent on a person’s initial and continued exposure to virtuous individuals. If persons are, as Dragga has noted, wont to address ethical dilemmas by referring to the actions of people they know—mothers, fathers, and sometimes fellow coworkers—one has to hope that they already have ethical models before them [6]. Dori and I may be able to provide this structure for a semester, but it’s unclear if such modeling would have any effect beyond the class.

The second so-called “professional perspective” avoids theory and history in favor of “relativist values” that might allow for “immediate applicability” [7]. In this approach, instructors might ask students to engage in a “value analysis process” that ranks values and determines which should guide an ethical debate [8]. While potentially casuistic, this perspective offers a mode of ethical analysis that doesn’t automatically defer to authority and thus might better account for competing responsibilities, such as the contradictory desires of workers and management, as well as the varying concerns of an increasingly diverse and multicultural workforce [9]. In fact, the “professional” approach may even be “more ethical” precisely because its interest in immediate applicability expands its own ethical purview. As W.J. Buchholz has argued, the formal character of established codes, particularly in their use of specialized language, can actually stifle person’s ability to use such ideas in everyday decision making; more “professional” modes foreground the issues of access and comprehensibility as a problematic barrier [10]. At the same time though, critics and proponents of such professional approaches remain wary of the ways in which efficiency and other such “market forces” can stand to overpower the larger, non-professional concerns that perhaps should ground the entirety of our ethical decision making [11]. In a sense, this option would allow Jonathan’s students to make “ethical” decisions that were ethical in so much that they served the interests of their digital projects and allowed for further, efficient development.

More “professional” or casuistic approaches may be able to better address the nuances that attend technological innovation, but they also risk prioritizing matters of expediency over underlying values. Pictured: “Portrait of a sophist (a teacher of philosophy and rhetoric),” from Smyrna, AD 193–211, Izmir Museum of History and Art, Turkey.

Granted, recent studies on ethics and technical communication have seized on the rapid advent of new technology and its ability to outpace existing maxims as reason for a more adaptive, case-based approach. However, critics have also productively framed this current circumstance as one that requires an expansion of ethical understanding rather than a simple performance of mental flexibility. For example, the “convergence” of digital media, writes Heidi McKee, is one such phenomenon that opens an array of integrative possibilities for picture, video, audio, and text. This in turn requires a more comprehensive awareness of the many legal and ethical issues that might surround such multimodal forms of communication, particularly in how these materials are combined and subsequently utilized and re-purposed in a digital space. To reproduce a video in which student interviews her parents and accompanies the video interview with various third-party still images would not only require permission from the student but also the parents and authors of the still images [12]. (The question might also remain whether or not it is ethical to combine some person’s words (i.e. the parents’) with images that are not their own.) To effectively address such issues may mean, say, rigorously studying fair use policy. But it also might mean reconceiving one’s understanding of the Internet and its mechanisms, namely understanding the so-called “remix culture” of younger generations along with the more liberal reproduction it encourages and permits. While these new values do not authorize one to disregard the law, they do, as McKee puts it, force us to “balance cultural expectations of use with legal pressures of copyright” [13].

In fact, McKee suggests that the writing and communications classroom might actually be the perfect site for ethics learning precisely because it offers a rapidly evolving subject for ethical analysis—i.e. writing in an age of digital media—while simultaneously providing the means—i.e. writing itself—with which to think through it. As she explains, a “rhetorical, case-based approach [can] use rhetorical principles of invention and analysis in order to address the tough ethical questions” native to digital environments because “rhetoric provides a procedural mechanism…for making ethical decisions” [14]. In other words, rhetoric has the power to provide but also sustain a robust “process of inquiry” that asks persons to always be attentive to the “nuances of human experience” and never reduces ethics to fixed answers [15].

The result is a hybrid form that, according to McKee, “falls somewhere between two common approaches to research ethics: the formulaic approach and the personal approach,” or what we have previously called the principle-based “academic” approach and the more practical “professional” approach [16]. While strong maxims by themselves risk becoming overly general and thus not applicable to specific ethical dilemmas, more practical approaches also risk becoming little more than “ad hoc particularism” with no real basis in any underlying value system. McKee’s rhetorical procedure “allows researchers to recognize the particular circumstances of each case” while also allowing them to “situate that case in relation to others and other perspectives on that case” [17].

In light of this research, the content we wanted to scaffold was not a curriculum that set ethics as a right or wrong decision—what Dragga calls a “negative guideline” that simply highlights “practices to avoid”—but a set of tasks that would model a spirit of inquiry useful for a variety of professional scenarios [18]. Inquiry requires persons to make certain commitments, but it also provides space for those to be tested, modified, and ultimately improved. In a certain sense, this pedagogical method is meant to be more comprehensive but also more sympathetic. Developing a digital project comes with many, sometimes entirely new, ethical considerations. The very making of something new can thus feel like walking on an ethical minefield in which any wrong developmental move can render you “unethical.” The hope with scaffolding here is to show students not that they stand the risk of being on the wrong side of ethics but that they have an ethics. Furthermore, that ethics is an artifact of knowledge and experience that can and should always be strengthened. Such strengthening can ideally happen through conversation with others—in writing, in person—and that this is the kind of activity that we as instructors want to provide them with.

[1] Paul M. Dombrowski, “Ethics and Technical Communication: The Past Quarter Century,” Journal of Technical Writing and Communication 30, no. 1 (2000): 4.

[2] As mentioned by Dombrowski, this distinction comes from G. Clark’s “Ethics in Technical Communication: A Rhetorical Perspective,” IEEE Transactions on Professional Communication 30, no. 3 (1987).

[3] B.Barton and M.Barton, “Ethos, Persona, and Role Confusion in Engineering: Toward a Pedagogy for Technical Discourse,” Proceedings of the Conference on College Composition and Communication, ERIC Document 229 782, 1981

[4] P. M. Dombrowski, “Can Ethics Be Technologized? Lessons from Challenger, Philosophy, and Rhetoric,” IEEE Transactions on Professional Communication 38, no. 3, (1995).

[5] Dombrowski, “Ethics and Technical Communication: The Past Quarter Century,” 5.

[11] See J. Bryan, “Down the Slippery Slope: Ethics and the Technical Writers as Marketer,” Technical Communication Quarterly 1, no. 1 (1992).