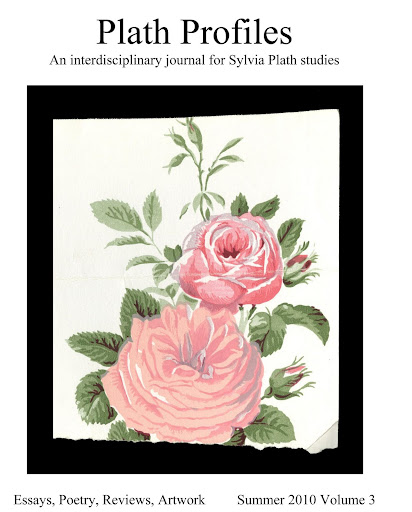 While she was studying Sylvia Plath’s teaching notes as an Everett Helm Fellow at the Lilly Library, Indiana University, Dr. Golden found a note that Plath left at the top of her detailed introduction to Dylan Thomas’s poetry for her freshman English class at Smith College in the spring of 1958 reminding herself to return her student Ellen Bartlett’s essay. When Dr. Golden met Ellen in 2006, she learned in the course of the conversation that Plath had selected Ellen’s exam response analyzing James Joyce’s novel Portrait of the Artist as a Young Man (1917) to read to the class as an example. In preparation for their interview, Ellen had composed a memoir of her year as a student in Plath’s class. This memoir appears as “Recollections of Sylvia Plath Student,” with an afterword by Dr. Golden addressing Plath’s pedagogical strategies, in a supplemental issue of Plath Profiles: An Interdisciplinary Journal of Sylvia Plath Studies, commemorating what would have been Plath’s eightieth birthday, October 27th, 2012.

In addition, Amanda Golden recently presented the paper “Sylvia Plath, Modernism, and India” at the Modernist Studies Association Conference in Las Vegas. This paper analyzed Sylvia Plath’s annotated books and teaching notes, housed at Indiana University’s Lilly Library and Smith College’s Mortimer Rare Book Room. Plath worked in Harvard University’s Sanskrit and Indian Studies Department in 1959, where, a generation earlier, T. S. Eliot had learned the language that he would represent at the close of The Waste Land (1922). When writing her poem “Purdah” (1962) three years later in England, Plath’s reading of modernism shaped her incorporation of new, transnational subjects in her verse.