Unease in the Digital Humanities 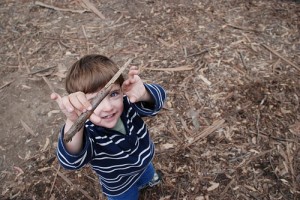 This post continues the discussion begun by Andy Famiglietti in, “What does it mean to do the humanities?” I think the suggestive wording of Famiglietti’s question offers a useful means of approaching its answer. Instead of asking what we study—What are the humanities?—Famiglietti asks what we do as humanities scholars and teachers. The humanities are not a particular object of study—a cannon, texts, values, culture, and so on—but a particular endeavor. This isn’t, however, to suggest that the humanities be defined by its methodology either. Different humanities disciplines, after all, use very different methodologies.

To speak of “disciplines” is to invoke the specter of the institution, and I think looking at the place of the humanities within the academic institution might be a good place to start as we try to figure out what it is we actually do. In recent years, “the decline of the humanities” has become a familiar refrain. But as a 2010 article in Inside Higher Ed reports, student interest and enrollment in the humanities has remained steady since the 1970s, even, the article’s author is surprised to learn, during economic downturns like the one we’re experiencing now. The humanities are not declining so much as experiencing an intensification of the uneasiness that has always characterized its place in the American university.

As Gerald Graff explains in Professing Literature, the humanities have always had a vexed relationship with the American university, which grew up during the age of specialization and professionalization and educated the professional middle classes (including university professors) into existence. American universities, Graff writes, “gravitated toward a scientific model of knowledge” in which publication became the empirical evidence of a faculty member’s productivity (65). Within such a model, the humanities, whose relationship to conventional measures of productivity is naturally problematic, were left to “adapt themselves as best they could” (65). It seems that over a century later we’re still adapting, and I think the digital humanities is yet another manifestation of or attempt to create a more peaceful existence within a university structure that emphasizes applicability. The “digital” in digital humanities promises to open up avenues of communication (and funding opportunities?) between the humanities and the commercial world where the mission of the American university finds its application and, by extension, its justification . . . so the reasoning goes, anyway.

But the question remains, if the “digital” in digital humanities promises to bridge the gap between what is often perceived to be the cloistered and esoteric world of the humanities and the commercial world of productivity and precise value that is the humanities’ proverbial antithesis, where does that leave the “humanities” in this equation? Hopefully, they stay put as a source of tension and contention within the university. The ill-defined nature and value of the humanities is, I think, the very source of their definition and value. To invoke Jameson’s dialectic of form and content, the humanities are a kind of content that by its very nature resists form, and the process of trying to shape that content into a form (whether it be departments, areas of study, mission statements, articles, monographs, or some yet undiscovered form) is perhaps the endeavor that marks out the humanities as what they are . . . or rather, what they do. Such a “definition” of the humanities perhaps condemns the humanities to a perpetual state of unease, but this unease is our momentum. The “digital” in digital humanities may make us slightly more at ease with the form of the university, but the “humanities” guarantees our engagement with that form will be fraught with tension, a tension that some of us might even admit to enjoying.