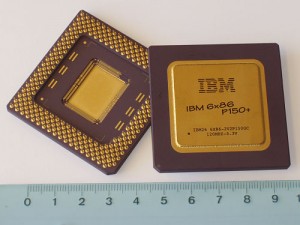 This week, I’d like to continue my series of provocations by posting another short piece about a topic that raises questions I can’t easily answer.

Earlier this week, a piece of natural language processing software, dubbed Watson, developed by IBM, successfully and decisively defeated two human opponents on the game show Jeopardy. The potential implications of this technology seem immense. Wired reports IBM, “sees a future in which fields like medical diagnosis, business analytics, and tech support are automated by question-answering software like Watson.” One of the humans Watson trounced, former Jeopardy champion Ken Jennings, mused in in the same article, “‘Quiz show contestant’ may be the first job made redundant by Watson, but I’m sure it won’t be the last.”

The question, for me, is what are the larger implications of this emerging automation of intellectual work for our political economy? What happens when we automate vast numbers of service sector jobs? The same jobs that had absorbed (some) of the manufacturing jobs automation had eliminated from the manufacturing sector? Are we on the cusp of a moment, predicted long ago by cybernetics pioneer Norbert Wiener, when “the average human being […] has nothing to sell that’s worth anyone’s money to buy?”

I find the notion all too plausible. Blame my time spent reading Peter Watts. Emerging media scholar David Parry, always a bigger optimist than me, suggested a skill that may remain the unique domain of human beings during a discussion of Watson’s victory on twitter. In response to a half-joking tweet in which a fellow academic questioned her own employability a in post-Watson world, Dave wrote, “well yeah, that’s why we need academics who can do critical thinking, computers aren’t so good at that yet.”

The question we must ask, then, is what sort of shifts could be made in our political economy to accommodate technologies like Watson, and what sort of shifts are we likely to actually make? Could we shift our productive mode to value critical thinking by ordinary people? Will we devalue the labor of a vast cross-section of humanity, further destroying the middle class? What tactics or moves might make one shift more likely than the other?

Clearly, I don’t know. What do you think?