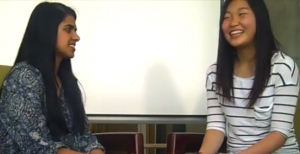 My “English 1102: African American Literature from the Harlem Renaissance to the Digital Present” students’ final assignment this term was a version of one that Anne Sexton gave in her “Anne on Anne” course at Colgate University in the spring of 1972. Sexton taught a class on her own poetry and her teaching notes for it are in the Harry Ransom Humanities Research Center at the University of Texas at Austin (regarding Sexton’s teaching see also Diane Middlebrook’s Anne Sexton: A Biography (1992) and Jo Gill’s Anne Sexton’s Confessional Poetics (2007)). I discuss Sexton’s course and assignment in greater detail in Annotating Modernism: Marginalia and Pedagogy from Virginia Woolf to the Confessional Poets (Ashgate, 2015). During her first class meeting, Sexton asked the students to read two interviews she had given and then for their final projects, they were to craft fictional interviews with her that did not repeat what she had already been asked and provided answers she would give. She would be evaluating the answers. If the students did not desire to complete this assignment, they could also write a critical essay on her work. At least one student whom I interviewed chose that option. In the lectures that Sexton prepared, she would walk her students through close readings of her poems and she prepared answers in response to her own questions about aspects of her poems. In many instances, Sexton may have been answering these questions for the first time. She had, however, developed a sense of close reading from workshops and literature courses she attended. While scholars and her own students were skeptical as to whether she was following notes, two of her students sent me copies of  the marginalia in their books from the course indicating that Sexton did stay close to her original plan. Following Sexton’s example, my students began by viewing and reading interviews with contemporary writers we had read this term. The assignment then asked them to compose a written script that they would then film or record as a podcast.

In preparation for this project, the students completed several short blog assignments that allowed them to research and interpret different aspects of the relationship between the author and the text. In their blog postings analyzing Toni Morrison’s Sula (1973), the students investigated the relationship, or lack of one, between the years in the chapters’ titles and their content. The novel exists in a world of its own, both in and out of time, rarely referring to the historical events of each year. Drawing on the novel’s location, the students searched an Ohio newspaper archive and other online historical resources to research the year in which one chapter is set. Returning to the novel, the students began to ask new questions, such as how Morrison could have ignored the flood in Ohio, how a character’s amputated limb recalls the soldiers returning from World War One, and why it matters that a heat wave in the novel really did take place. Investigating the significance of Morrison’s chapter titles, the students not only became more conscious of the novel’s design, but also asked new questions about the relationship of fiction to the realities it depicts. When we read Pearl Cleage’s novel of the Obama campaign set in Atlanta, Till You Hear From Me (2010), I gave students the task of interpreting some of her manuscripts, which I had photographed, in relation to the published novel. Cleage’s manuscripts at Emory University are uncatalogued,so my students were among the first to decipher the codes she used in her drafts, which included numerous colors of ink. As they discussed in their postings, the materials that I gave them included a segment that Cleage later abandoned, and this led to innumerable questions about her development of the novel. We were also grateful to have Cornelius Eady, co-founder of the African American poetry foundation, Cave Canem, visit Georgia Tech. The students were not only able to attend his reading, but also had the opportunity to ask him questions. The blog postings then provided a space for the students to examine in greater depth the difference between hearing Eady read a poem and reading it themselves on the page.

In their interviews, the students were encouraged to build from their blog postings to create discussions with Morrison addressing the years in which Sula takes place, Cleage regarding her manuscripts, and Eady involving his readings. The students also investigated the current genre of the online interview and podcast, in which visiting writers answer questions about their work. They watched and read interviews in order to ask new questions and imagine how the writer they had selected might respond. This assignment asked students to consider the differences between the writers’ and readers’ perspectives. An author is not the only interpreter of her work; she is both the creator and a reader of it. In their interviews, the students explored these roles and their limitations. A final component of the project involved the students’ discussion of a quotation from the text with its author. This led to fascinating responses in which students discussed such elements as the form of a poem or novel, word choice, and creating characters. Imagining an author’s response inspired students to take texts apart in new ways and discuss them from more than one point of view.

After the students finished developing their written scripts, they filmed or recorded their interviews. Because they were dramatizing  their conversations, the students often discussed the way a poem or novel works with greater appreciation and enjoyment than they might have communicated in an essay. As you can see in the image above, the students sometimes brought in a friend to read one of the parts. Working on their own, students also recorded themselves in both roles and would “do the police in different voices,” to adapt Charles Dickens in Our Mutual Friend (1864-65), which famously inspired T. S. Eliot’s initial title of The Waste Land (1922). One student filmed himself as both interviewer and Cleage, stitching both versions together using video editing software. With his permission, I have included a link to his project here. Some students also used voice altering software or software where the computer read out what they had typed (sounding a lot like Siri). The result was nearly seventy-five (in my three sections) engaging, often humorous discussions about literature, language, history, and craft.

Amanda Golden received her Ph.D. from the University of Washington and a Post-Doctoral Fellowship in Poetics from Emory University's Fox Center for Humanistic Inquiry. This fall she is teaching an English 1101, "Apple and Microsoft: 1975 to the Present," a multimodal communication course examining such topics and themes as hardware, software, engineering, aesthetics, narrative, innovation, competition, global marketing, web presence, and the workplace. Her research interests include twentieth century poetry, transnational modernism, literary archives, and the digital humanities. She is completing the book manuscript Annotating Modernism: The Reading and Teaching Strategies of Sylvia Plath, John Berryman, and Anne Sexton and is the Book Review Editor of Woolf Studies Annual. She has published or has forthcoming essays in Plath Profiles: An Interdisciplinary Journal of Sylvia Plath Studies, The Ted Hughes Society Journal, and Contradictory Woolf: Selected Papers from the Twenty-First Annual Conference on Virginia Woolf.
View all posts by Amanda Golden →
Bookmark the permalink.