Ugliness and Social Rebellion: A Conversation with Monica Miller 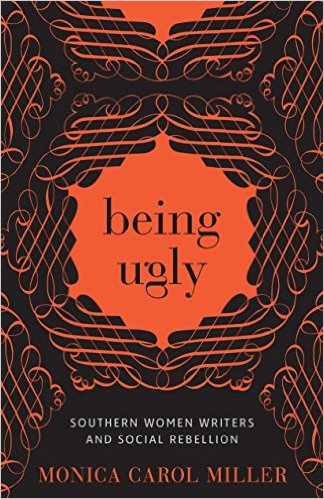 Monica C. Miller is a Marion L. Brittain Postdoctoral Fellow and the Assistant Director of the Writing and Communication Program at Georgia Tech. A participant in the 2014 National Endowment for the Humanities summer seminar in “Reconsidering Flannery O’Connor,” her work focuses on the intersections of region and gender in American literature and culture. Her monograph, Being Ugly: Southern Women Writers and Social Rebellion, examines the ways in which ugliness marks fictional characters who are excluded from traditional gender roles of marriage and motherhood. Her current projects include an analysis of images of abortion in pre-Roe American literature as well as a study of farm labor in the works of Flannery O’Connor.

I talked with Monica about her book, which is due out from LSU Press in May 2017.

Matthew Dischinger: I love this project, and I’ve seen it grow from a few chapters of a dissertation to this incredible book. For people who are unfamiliar with your project, could you start by explaining the book’s central claim about ugliness and southern women writers?

Monica Miller: I argue that, contrary to popular ideas about southern women as beautiful belles, southern literature has a tradition of ugly women in it. Given the regional definition of ugliness—meaning misbehaving or being rebellious—I argue that ugliness marks characters who are unsuitable for traditional feminine gender roles of marriage and motherhood. I trace a tradition of ugly female characters created by southern women writers in the twentieth- and twenty-first century in southern literature, including works by Flannery O’Connor, Alice Walker, Zora Neale Hurston, and more recently, Helen Ellis and Monique Truong. This alternative genealogy, which I term the ugly plot, in contradistinction to more familiar courtship and marriage plots, functions as a vehicle for social rebellion. I propose that ugliness marks those who for various reasons are not suitable for the expected roles of wife and mother and instead enables a rebellious existence outside of normative southern gender roles and marriage economies.

Why did you further specify ugliness as a narrative structure—“the ugly plot”—beyond the trope of ugliness the book traces?

Because a common pattern emerged, in which ugliness allows women to imagine lives outside of marriage and motherhood. By being denied entrance to the territory I referenced in the last answer, these characters are allowed access to other ways of living not possible in more acceptable society.

In terms of seeing it everywhere, I think I became even more aware of how strongly women are policed in pop culture—like, how many references I read about southern women never wearing sweatpants in public. That we always are in charge and in control, over our bodies and our communities.

And then, once I was aware of it, I saw it a lot. Minnie Pearl is now a fascination of mine. The granny character in lots of things.

Could you talk about how this project began? Did it grow out of your understanding of a specific text or body of texts, or was it more firmly grounded in culture—like the phrase, “Don’t be ugly”? At one point, that was going to be your title, right?

It started with a paper I wrote as a master’s student on the character of Miss Rosa in Faulkner’s Absalom, Absalom! I found her to be an intriguing character, especially with regard to how she was described—as a husk, as childlike. Not quite grotesque. In researching how people have interpreted Miss Rosa, I latched onto the characterization of her as ugly, which led me to Sarah Gleeson-White’s article “A Peculiarly Southern Form of Ugliness” in which she looks at ugly female characters in work by Flannery O’Connor, Eudora Welty, and Carson McCullers. My interest really took off from there, as I kept finding more and more examples of ugly women, particularly in work by southern women writers. Once I discovered that “being ugly” was itself a southern phrase—even the Oxford English Dictionary lists a regional definition for “ugly”—I was hooked.

It wasn’t until my prospectus defense that I considered “don’t be ugly” as a possibility for the title—explaining the southern significance to my committee member, Benjy Kahan, who noted that he wasn’t familiar with the phrase, and that it would make a good book title. Nevertheless, the book’s title, “Being Ugly,” I like even better, as it has a proactive sensibility to it.

Yes, and that proactive sensibility has to do with rebellion, which suggests that physical appearance is always a sort of performance. What is significant to you about the way ugliness is performed?

What’s interesting in these works is that there are different ways that ugliness is deployed. Some characters are just ugly—Katherine Anne Porter’s Cousin Eva, whose ugliness—specifically, her weak chin—made her too ugly to find a husband, and doomed her to a life of spinsterhood and being a Latin teacher.

Other kinds of ugliness are about a failure to perform correctly—not being good at make-up, or hair, or wearing the wrong kind of clothes. This kind of ugliness often is a marker for class differences—having stringy hair, or being fat, or wearing garish make-up—these are often signs that the person hasn’t been trained properly, doesn’t know the right way to be a woman.

The characters that I personally identify with, though, are those who choose an ugly appearance in order to consciously opt out of the gender expectations of marriage and motherhood. Joy-Hulga, of course, in Flannery O’Connor’s “Good Country People” is emblematic of this kind of performed ugliness. Her ugly sweatshirt, her lack of makeup, her slouching and frowning are all conscious acts that she performs in order to make herself unattractive—and instead pursue the life of the mind that several of O’Connor’s ugly characters aspire to. 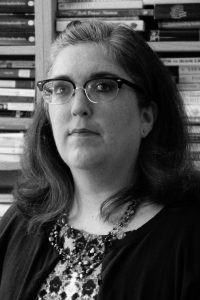 What about so-called “traditional beauty”? Can beauty be rebellious?

One way of defining beauty is that it’s an average of all that you’ve seen—this is why standards of beauty change from culture to culture. Beauty is context-specific.

There’s a new book this fall, Gretchen Henderson’s Ugliness: A Cultural History, that talks about the role of ugliness in aesthetics more generally. What’s interesting about her book is the ways in which ugliness often designates the cutting edge or avant-garde of aesthetics—what’s ugly today is considered beautiful tomorrow. And you know, with respect to my schema about ugly women not being suitable for traditional gender roles, beautiful women are generally unsuitable for these roles, too. What beauty and ugliness share is that they’re notable, that they’re excessive—an appropriately feminine woman has to strike a happy medium. Melanie in Gone with the Wind exemplifies this, with her “plain heart-shaped face.”

You address the way that ugliness can occur “by birth, circumstance, or choice” early on. I know a bit about the answer to this question, but can you talk about how your thinking about those distinctions has evolved?

I think the aspect that has developed the most is the socioeconomic aspect of this—ugliness as a marker of not being properly trained to be a woman. Not knowing the rules. As opposed to characters who have an almost Victorian aspect to their appearance—their outer visage reflects their inner character, like Cousin Eva.

The other line of thinking that’s developed is the ways in which women perform ugliness—specifically, the concept of “letting yourself go.” Knowing the correct way to do things—how to keep from going grey, exercising, dieting—and yet not doing them.

You push back against the urge to read women’s bodies as a metonymic stand-in for the South itself. What is important to you about avoiding that somewhat familiar move?

Because that makes the woman passive, an object, a symbol—not an active agent. It’s the flip side of the beautiful white woman being used as the excuse for the South’s history of race-based violence—so many acts of violence that were claimed to be necessary to defend the honor of allegedly defenseless white women. And once again, women were symbols—passive, dehumanized, objectified symbols, rather than autonomous, active agents. This is why women writing ugly women write them differently, generally, than men tend to—men write them as symbols, women write them as characters.

Gender is the operative lens for the project. How does the figure of the ugly woman change by thinking about race as well as gender?

Typically, when we make reference to “beauty standards,” it’s important to be clear that we’re generally talking about standards of white, upper-class beauty. The Color Purple illustrates this vividly, with Celie originally being characterized by her father as being ugly, but capable of working like a man—whereas her sister Nettie is characterized as the pretty one, with physical characteristics that read as “white”—light skin, pale eyes—that contrast with Celie’s dark skin and thick lips. The Color Purple dramatizes an evolution of such [an] understanding of beauty standards, however, from Celie’s acceptance of such narrow, white standards of beauty to an appreciation of her own appearance. In the texts I look at, women of color who don’t fit into such white standards of beauty find satisfying ways of living outside of the territory that these beauty standards exist to enforce.

To shift focus a bit, could you talk about how the work toward this project has affected your pedagogy?

I taught an Intro to Fiction class on Southern Women Writers while I was writing, which certainly influenced my thinking—I think the Welty and Walker sections were most affected by this class, as we read both of those authors in the class. What I continue to find particularly productive about teaching the works I’m writing about is that it forces me to return to the text. I find it very easy to get caught up in my reading and interpretation of a story, which usually is focused on one aspect or element, and teaching the whole story is good for reminding me of the larger story’s context, and other elements of the story which might complicate my reading.

In the spring, I’m teaching an [English] 1102 course I’m calling “The Georgia Surreal: Region Without Nostalgia,” which has as its foundation the pairing of Flannery O’Connor and Alice Walker, two authors which play significant roles in my book. I expect that I’ll present my reading of these authors, while encouraging students to find their own focus. And I’ve got syllabi for graduate and undergraduate courses on ugly women in southern literature, which I do hope to teach at some point.

What are you working on now? Are you finished with ugliness, or do you find yourself coming back to these ideas to revise or extend them?

I’ve become intrigued by the tacky South, another negative descriptor that has southern etymological roots. I’ve given one paper on tackiness in a Lee Smith novel, but I’m interested in widening my scope to include pop culture figures like Minnie Pearl and Dolly Parton. UNC has an archival collection on the “Tacky South,” which I’m interested in looking at.

The other major project I’m working on has its roots in my research on Flannery O’Connor, which began with my Being Ugly work. Intrigued by manuscripts of O’Connor’s which had references to and discussion of abortion in them, I’m working on a book-length project which looks at images of abortion in American literature. I’ve given two conference papers on it so far and am knee-deep in [the] background reading [this topic] requires. Still, both of these projects are more generally tied to the relationship between gender and place, as both conference papers I’ve given have a regional studies dimension to them.

Being Ugly is available for pre-order at LSU Press.