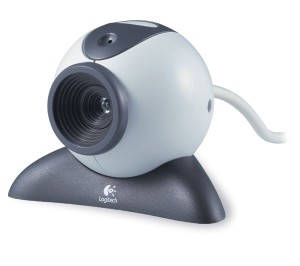 This semester, I have been using YouTube as a pedagogical tool while also reading about views on the worth of this site and others like it in the classroom.  These experiences have given me a good sense of the ideals that we as teacher-scholars bring with us in our encounters with social networking sites, and I have also begun to imagine ways in which a limited and thoughtfully-crafted engagement with YouTube can enhance a learning experience.

In their 2009 article “Rediscovering the ‘Back-and-Forthness’ of Rhetoric in the Age of YouTube,” Brian Jackson and Jon Wallin explore the reasons that Web 2.0 applications have become increasingly relevant to those who teach writing. They argue, “Though the World Wide Web may have been designed as a tool for reading, it is now more than ever a tool for writing, thanks to new media literacy and the bottom-up, participatory, and literate cultures that use emergent technologies to form pu

blics through the back and forth process of online exchange” (W375). Students are well aware of this process, but rarely do they stop to think about the ways that it differs from other forms of writing and communication. I have registered a sense of surprise on the faces of some of my students this semester when they become aware suddenly of how these participatory online cultures affect them as communicators.

Students begin to notice that the writing that they have been engaging in on content-rich social networking sites like YouTube challenges them in a unique way. A 500-character comment may never achieve the richness of a powerful piece of criticism in a journal, but its context richness (underneath a thought-provoking video) and its wide public address (to an audience that is constantly linking, embedding, and replying) are features worth pausing over as we consider this new communication environment.

As I strive to ensure that the writing that my students do in these environments becomes a self-reflective experience, I wonder about the ways that traditional writing instruction may need to change as literate cultures worldwide increasingly move to interactive spaces to exchange ideas professionally and express ideas creatively. Jackson and Wallin suggest that YouTube comment boards, in their emphasis on informal and broadly interactive dialectic, offer a “synthesis of critical thinking, tolerance, listening-rhetoric, answerability, and reason” that few other writing environments provide (W394). I would agree that these Web 2.0 venues for communication provide uniquely exciting places for discourse, but I am unsure about what forms of learning are occurring (or can occur) there. While I understand Jackson and Wallin’s point that much is learned in moving student communicators beyond the limited playing field of stagnant essays where interactivity is not held in high regard, I wonder—as do Jackson and Wallin—what these students are moving toward as they encounter the formative discourse communities of Web 2.0.

I have also been thinking about and teaching the fascinating work of Alexandra Juhasz, who has gained fame as a media scholar who took an early interest in YouTube, and who taught perhaps the first ever college course about and on YouTube (146). Juhasz’s 2009 article “Learning the Five Lessons of YouTube: After Trying to Teach There, I Don’t Believe the Hype” suggests that YouTube has great potential as “our culture’s most visited archive of moving images,” but also that the site fails to capitalize on the democratizing promise of Web 2.0 media (146). Her critique rests on her understanding of the intentions of Google (YouTube’s corporate owner) as a purveyor of “media morsels,” packaged for familiar practices of consumption even as they bear the fresh and new outer trappings of free-for-all user-creation (147). Juhasz suggests that “by reifying the distinctions between the amateur and the professional, the personal and the social, in both form and content, YouTube currently maintains (not democratizes) operating distinctions about who seriously owns culture” (148).

Juhasz’s argument here features some insights into the ways that users (and, importantly, communicators) can be drawn in by the promise of broader platforms for discourse and expression, while also recognizing the shortcomings of these platforms. Juhasz argues that these platforms still accord favored status to traditional forms of expression and hide new ideas in the nooks and crannies of what she calls “NicheTube,” where interactivity is at a frustrating minimum (146). The technologies exist to enable new arguments to take new shapes, and the invitation is open for writers and media makers worldwide to engage with each other, but YouTube’s video sites have yet to assert themselves as wellsprings of meaningful, vigorous communication in which these online publics can find out how they communicate. In other words, Juhasz reminds us that even a seemingly infinite array of YouTube channels may provide only a frustratingly partial escape from Bruce Springsteen’s 1992 lament of “57 channels and nothin’ on.”

Juhasz raises important points in her essay about the limits of Web 2.0 sites as forums for communication. While social networking communication acts may unfold in new ways, and with fewer limits than had previously been felt by communicators, they may fail to live up to expectations of transformativeness or broad participation, and their relevance for classroom settings may be less than was once hoped. However, I’m not ready to abandon my project of incorporating YouTube and sites like it into my teaching, and I’m not just referring to using the wealth of video resources provided by such sites to teach film or illustrate concepts in communication. I also feel that the interactivity offered by these sites has promise for those interested in emergent spaces for communication. Budding online publics may not yet have figured out how to communicate in ways that best utilize social networking technologies to extend conversations across media and political divides, or in ways that garner increasing numbers of readers and respondents. Yet, the plethora of little-seen and little-commented videos suggests that emergent online publics do know what they want to say, and are waiting for publics to show up. My experiences with using YouTube in the classroom have caused me to reconsider the ways that online communication increases the possibility for public interaction, while not necessarily eliminating shortcomings of responsiveness in communication. Those shortcomings still indicate needs for greater thoughtful participation in both old-media and new-media forums of public communication.

Jackson, Brian and Jon Wallin. “Rediscovering the Back-and-Forthness of Rhetoric in the Age of YouTube.” College Composition and Communication. 61.2 (December 2009): W374-W396. Print.