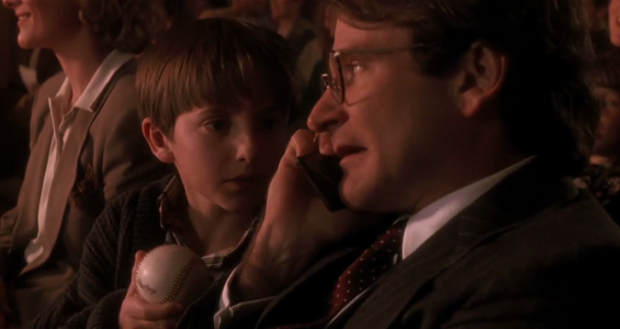 Last week, we heard Toby reflect on his thoughts and experiences as both an academic and as a father. This week, Brittain Fellow Owen Cantrell and I (neither of whom have any children) discuss a very different kind of father: the “’90s Dick Dad,” as exemplified by Tim Allen in The Santa Clause (1994), Robin Williams in Hook (1991) and Mrs. Doubtfire (1993), Jim Carrey in Liar Liar (1997), Arnold Schwarzenegger in Kindergarten Cop (1990) and Jingle All the Way (1996), and (among many others) Adam Sandler in Big Daddy (1999).

Be forewarned that this episode features some graphic language, so…

Andrew Marzoni is a writer, critic, teacher, musician, and co-editor of TECHStyle. He has a MA in English & American Literature from New York University and a PhD in English from the University of Minnesota. His essays and criticism have appeared in ARTnews, Cinephile, The New York Observer, The Quarterly Conversation, Review 31, Music & Literature, Rain Taxi Review of Books, and other publications. He is currently writing a critical history of Semiotext(e), 1974-present.
View all posts by Andrew Marzoni →
Tagged  arnold schwarzenegger, fatherhood, film, robin williams, the 1990s.
Bookmark the permalink.